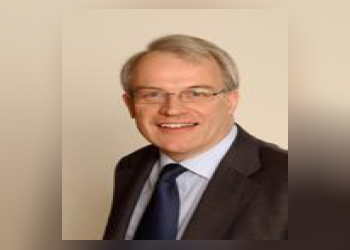 Clive Briault is a Senior Consultant with FSC. Clive has a wealth of experience and expertise in regulation, gained from ten years as a senior regulator at the Financial Services Authority (FSA) and eighteen years at the Bank of England.

Clive is a consultant to financial institutions and regulatory agencies both in the UK and overseas. He also serves as a non-executive director for firms wishing to have his wise counsel on regulatory and related business issues. He is particularly well placed to advise on the impact of regulatory changes and help firms to understand and prepare for such changes. He is a program leader at the Toronto Centre for Leadership in Financial Supervision.

At the FSA, Clive was Managing Director for Retail Markets and an executive member of the FSA Board from 2004 to 2008, responsible for:

Prior to that, Clive was the Director of Prudential Standards from 2001 to 2004, responsible for capital requirements for all types of financial services firms, and in particular for the development and introduction of the FSA’s modernised capital regime for insurance companies. Clive was also a founding member of the Committee of European Banking Supervisors.

how can we help you?

Contact us at the Consulting WP office nearest to you or submit a business inquiry online.

Are your competitors talking about you in their boardrooms? Can every employee articulate your strategy and are they empowered to execute on it?

Since Consulting WP’s founding in 1985, strategy has been our core business. We work with companies in every industry to develop strategies that deliver results.

This website uses cookies so that we can provide you with the best user experience possible. Cookie information is stored in your browser and performs functions such as recognising you when you return to our website and helping our team to understand which sections of the website you find most interesting and useful.

Strictly Necessary Cookie should be enabled at all times so that we can save your preferences for cookie settings.

If you disable this cookie, we will not be able to save your preferences. This means that every time you visit this website you will need to enable or disable cookies again.